So, I’ve been wondering – who is thought of more as the patron saint of mothers:  St Monica or St Anne?  When it comes to antique religious medals, St Anne medals are much easier to find that St Monica medals.   As for being patrons of mothers, I know that really they BOTH are patrons of moms, just for the sake of argument let take a look at both of them.

Here’s the
Cliff Notes version of their lives: 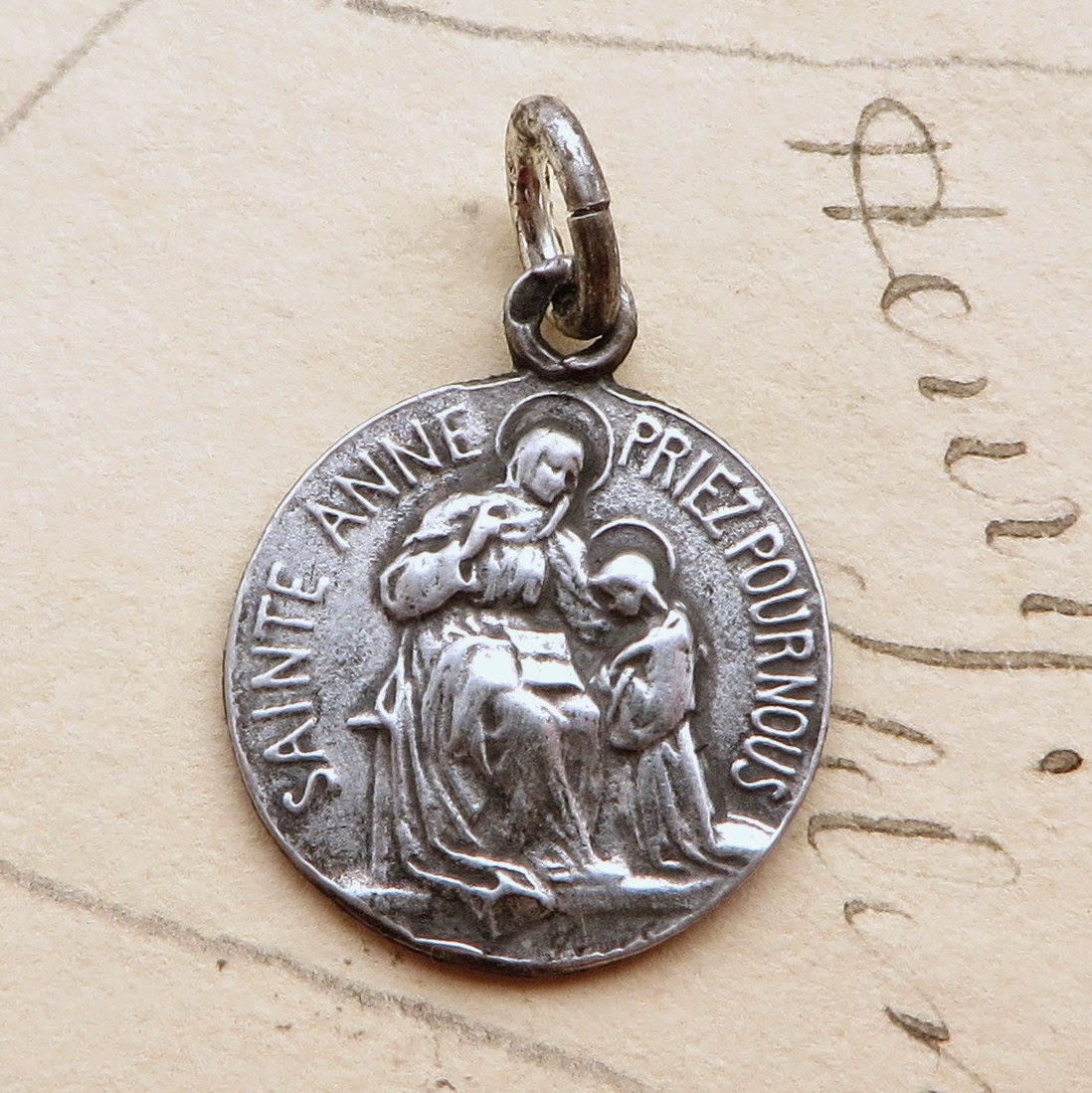 St Anne was the mother of the Virgin Mary and the grandmother of Jesus. Although they are not mentioned in the Bible, Catholic tradition states that Anne and her husband Joaquim had a difficult time conceiving a child. Like several old testament mothers, Anne was visited by an angel who told her that they would have a baby. She then promised to dedicate her child to God. In fulfillment of that vow, her daughter, Mary, was dedicated to the Lord in the temple in Jerusalem at age 3. Images of St Anne traditionally show her teaching Mary since there is a tradition that Mary was an educated young woman 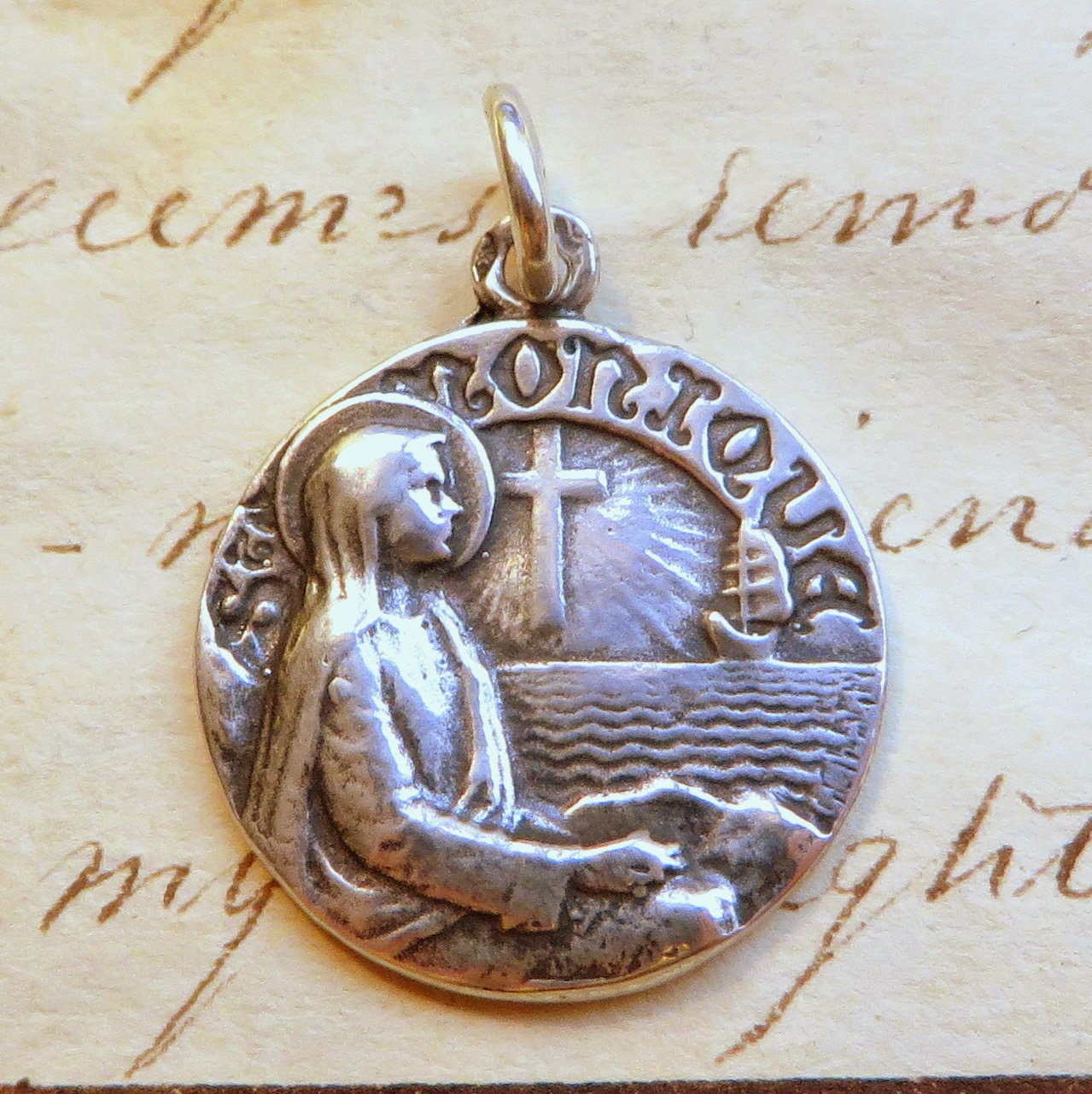 St Monica was born in 330.  Although she was a Christian, she was married to Patricius, an older pagan man with a violent temper.  Their oldest child, Augustine, caused her a great deal of heartache with his wild living.  He joined a strange religious sect, lived with a woman out of wedlock, had a child with her, and led an immoral life.  Monica prayed for his conversion for 17 years, although she thought it was hopeless.  A priest eventually told her “It is not possible that the son of so many tears should perish.”  Augustine did convert and was baptized in 387.  Monica died later that year.  Augustine went on to become a great saint and doctor of the church.

Being a mom is hard – no matter what

Personally, I relate more to St Monica because after raising three teenagers, I know what it feels like to pray and pray and pray for a child and feel like the situation is hopeless.  Monica had to deal with a lot of problems that we still see in the modern world – her child making poor decisions that have serious consequences. 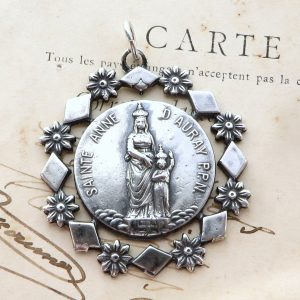 When I think of Anne, to be honest, I think “How hard could it have been to raise the Virgin Mary?” Seriously! What I think was hard for Anne was the fact that she had to face the difficulty of not being able to get pregnant for years and then the heartache of giving her little girl over to the temple at age three.  She can relate to any mother who had trouble getting pregnant or who is separated from her child by death or distance.

So, being a mom definitely comes with heartache.  Monica had to deal with the heartache of presence – raising a child, setting an example, trying to do it all right only to see you child choose to do it all wrong.  Anne had to deal with the heartache of absence – giving her child over to God’s plan and allowing Mary to live a life that was out of Anne’s control.  But both must have had amazing trust in God in their difficulties.  And I’m sure both prayed for the best for their children – and ultimately that’s what happened – the best thing that could have, which is always the fulfillment of God’s plan in God’s time.  (Now if I could just get past wanting my plan done in my own time….)